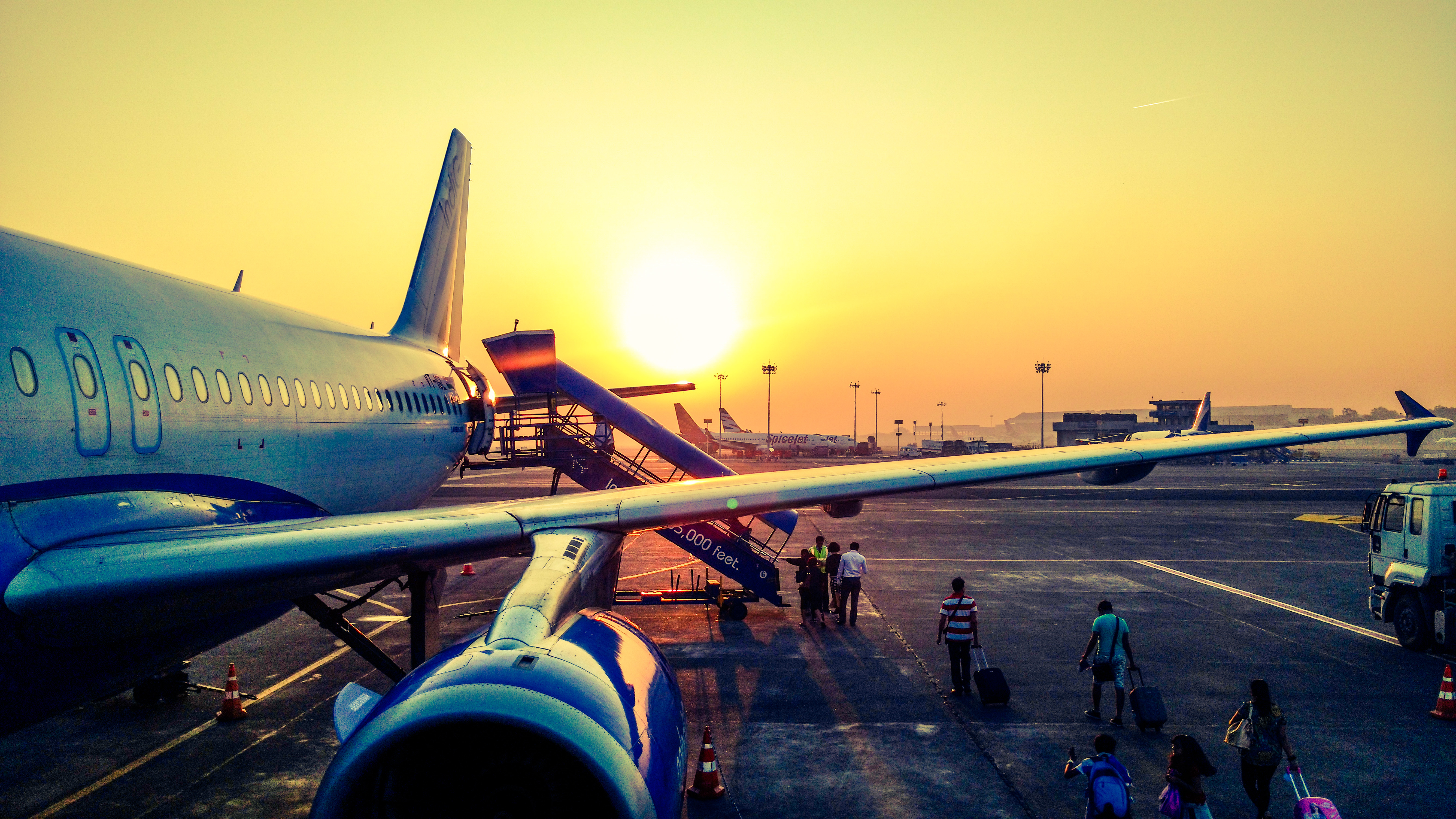 Improving the health impacts of airports

“We are not in the aviation business, we are in the mobility business” 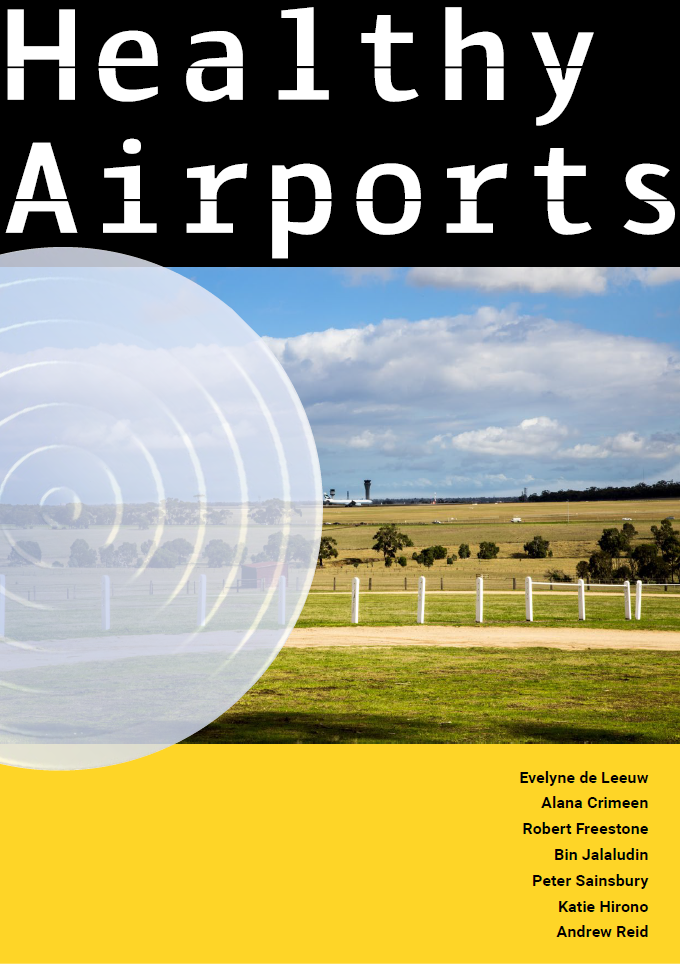 Through the 20th century airports grew to become major trade, commercial, transport, tourism, employment and people hubs of the world. In the 21st century the airport promises to be a new core of global and regional connectedness. Airports have, however, significant impacts on the social, physical and economic environment. In particular, concerns around noise and environmental pollution are on the minds of many people in airport affected communities.

Yet airports also have the potential to contribute to improvements in environments for health. They may well support enhanced sustainability and resilience; they potentially create high quality jobs and better education; they attract top quality catering industries and food systems; innovation industries like to be close to global transport hubs; and interconnected multi-modal transport contribute to population health.

Given development of the new Western Sydney Airport, this is why the Centre for Health Equity Training, Research and Evaluation (CHETRE – a research hub with UNSW and an intelligence unit in the South Western Sydney Local Health District’s Population Health Division) was charged with the development of a Healthy Airport Region vision.

a Healthy Airport is

“…an ever-evolving complex human enterprise responsive to the unique character and composition of the people and communities
that live around and engage with it centered on actions, policies and general governance arrangements enabling
the efficient movement of people, goods and services, through aircraft using it as a departure and arrival base
as well as in its terrestrial supply and waste chains, and aimed at creating conditions for better and equitable health
within its spatial, commercial and perceptual footprints to maximise health potential and minimize health hazards.”

The report “Healthy Airport Regions-A Conceptual Framework” identifies twelve dimensions across seven geospatial levels to drive the development of airports as ”engines of health”. It explicitly embraces World Health Organization thinking around ”Healthy Settings” and ”Social Determinants of Health”. Such thinking requires full engagement of all stakeholders, but explicitly communities such as travellers, visitors, fly-in-fly-out staff, local communities, stationary workers and aviation personnel. This paper sees these groups as associated with a Healthy Airport impact and influence that extend far beyond the visual horizon.

(Executive Summary of the report)

As part of the environmental impact assessment and airport development there has been on-going engagement with various communities and relevant stakeholders, such as local councils. These efforts have been spearheaded by the Department of
Infrastructure and Regional Development (DIRD) who oversees the approval process of development plans for the airport. Community engagement is an ongoing component of airport operations and it is expected that the airport developer will need to employ stakeholder engagement related to future planning and operations.
Stakeholder engagement, when well done, has the potential to lead to many positive outcomes for communities. There is also evidence that a lack of participation in decision-making is damaging to health and wellbeing. It was therefore decided that a health impact assessment (HIA) would be useful for understanding the potential positive, negative and unintended impacts of stakeholder engagement practices related to the airport.
The Centre for Health Equity Training, Research and Evaluation (CHETRE), part of the Centre for Primary Health Care and Equity at UNSW Australia and a unit of Population Health, South Western Sydney Local Health District, led this assessment.
HIA is a systematic process that considers the potential health impacts of a project and offers recommendations to mitigate harms and improve benefits. HIA also considers the differential impacts of decisions on community members. The HIA Team followed the standard step-wise process for completing an HIA. Work on the HIA began in July 2015 and was completed in February 2017.
Between May and June of 2016, the HIA Team, with assistance from Western Sydney Community Forum, conducted five community workshops in communities that were likely to be affected by the airport development: Blacktown, Bringelly, Cabramatta, Lawson, and Oran Park. Over the same months there was also an online survey publicly available to enable contributions from the people who were unable to attend the workshops.
Overall, participants were dissatisfied with community engagement for the proposed airport. There were two main areas of concern: the information that was provided, and the level of community engagement in the planning process. Community
members identified a range of impacts resulting from the engagement process. 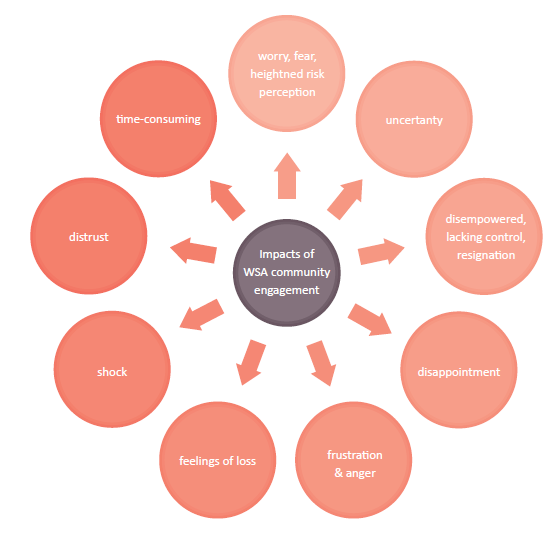